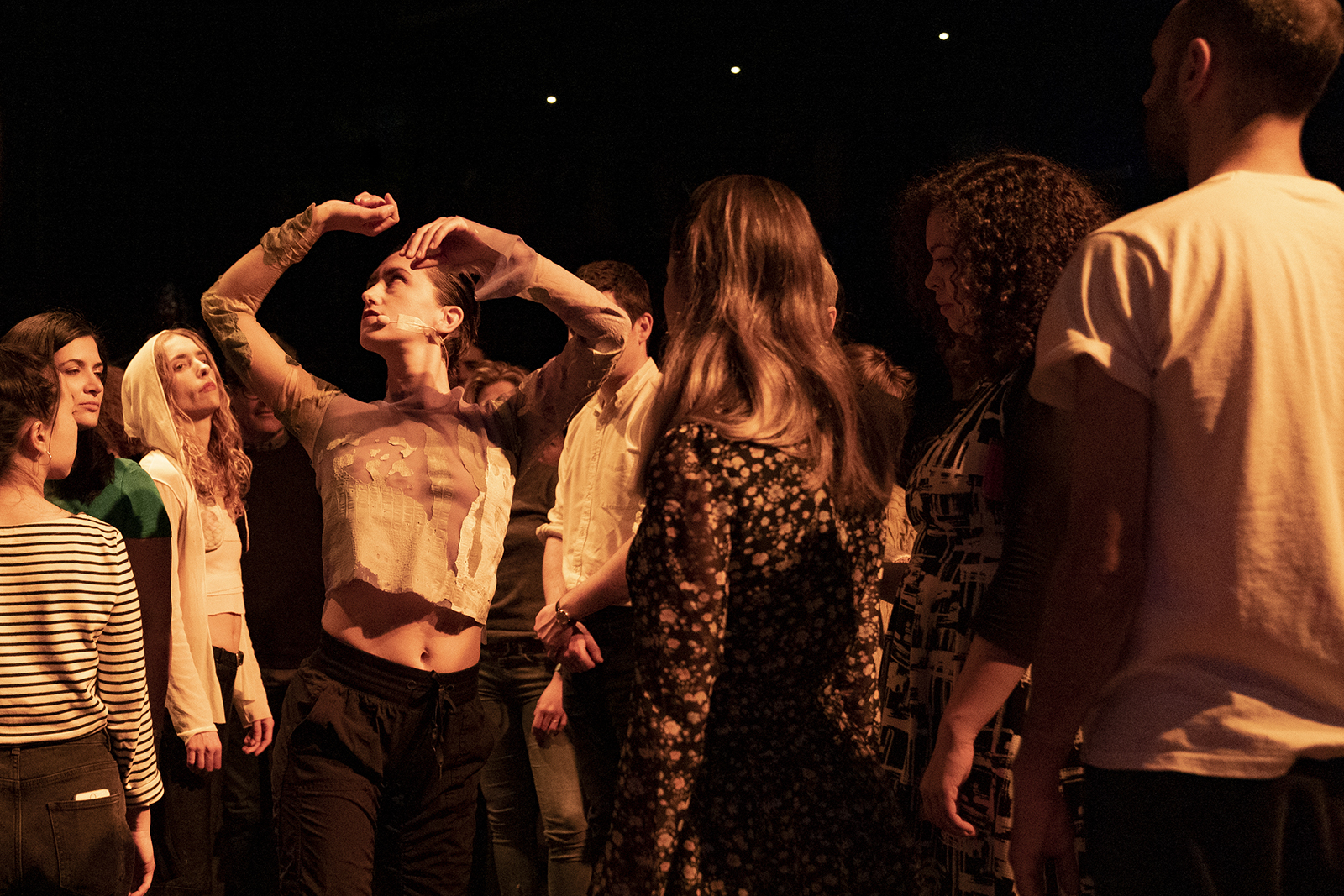 Positioning dance as a form of transformational expression LET THE BODY (LTB) dives into the fibres, sinews and flesh of our bodies tempting out a devotional, mind loosening, re-pleasuring of our physical bodies sharing space and live electronic music. Parker’s score is entirely composed from recordings of the performers in rehearsal processed into percussive sequences. Using elements of bio-charcoal, soil, scent and smoke inside repetitive pulsing beats and bass frequencies, we are calling to re ground - re earth ourselves and those present, sifting out what no longer is needed and scattering intentions for this moment into the future.

Tuning to the memory of collective dance and rave spaces, oscillating between hypnotic sound, harmonics and opening to different moods created by sound, LTB proposes a space for deep-rave-listening as a form of presence making, encouraging a sharpening of collective perception.

Can we rave inside? Can we rage inside - uniting these energies into a resting liveness, remembering the heat - proximity - relentlessness of the dance fuelling an ever potent presence? Memory and witnessing igniting new information through our nervous systems, senses and hormonal production.

LTB is a place for the mess and articulation of bodies, raving inside and in our chairs. A sit down inner rave. Let the music move our interior spaces, pivoting/ orienting towards others, creating connection despite the distance.

Fernanda Muñoz-Newsome’s practice involves dancing/voicing as divination and political gesture, presenting in institutions, outside, alternative spaces and clubs. She is interested in creating work which shifts perspectives, crafting spaces of potential, where dancing / movement, sound / music, light and attending to our environments can stimulate sensations and kinaesthetic responses in the body, allowing ourselves to tune to innate gut and bodily intelligence while in multiple attentive states.